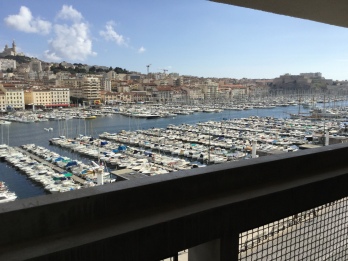 Time To Reflect on the Events of the Day 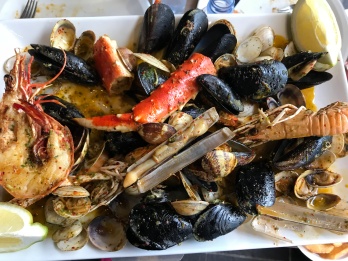 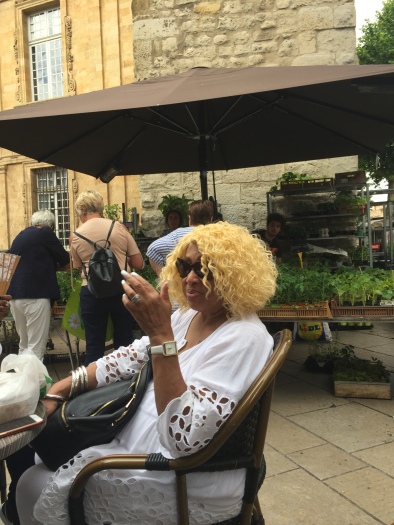 Reminding of the Do’s and Dont’s 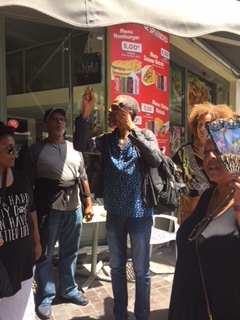 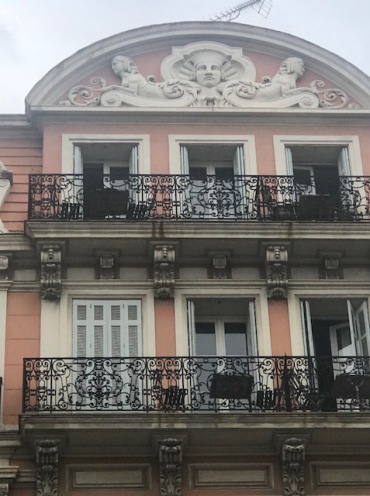 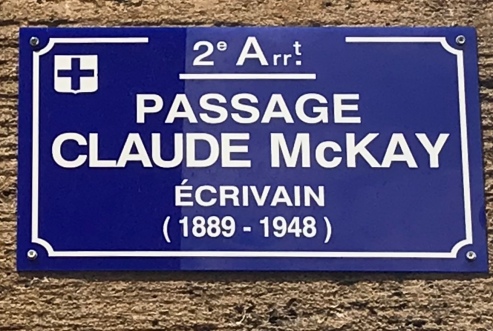 The Only Black Man I with a Street Named After Hi 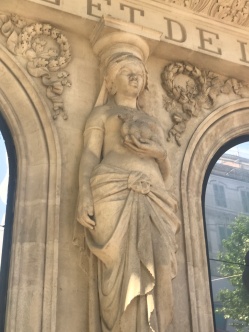 Lady of the Crossroads. She is of African Descent 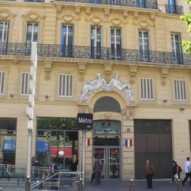 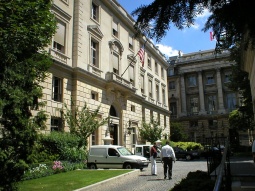 American Embassy in the Cut

Neighborhood Behind Our Hotel

Do you remember “The Naked City”, a tv police series, and at the conclusion the narrator would say the iconic line, “There are eight million stories in the naked city. This has been one of them”.  Well here’s one from me

Marseille is a real, down to earth, naked city, with real people stories; a very diverse city steeped in history. Don’t expect to see the flashy Ferrari’s, McLarens and Bugatti Veyrons zipping up and down the Corniche like in Monte Carlo or St Tropez. It’s not that kind of party. At any rate, I feel a connection and I love it.

Today, I had an emergency to deal with. I had done the Black Marseille tour in 2015 with Martin so I knew the group would be in good hands.   I waited until he  arrived to give his overview/orientation, introduced him to the group and then I was off in a Uber to the Police Station on La Canebiere (remember my daddy’s street, lol).  Unfortunately a group member lost her passport. There was only one thing to do; try to get a replacement so she could go home next Monday.    Before going to the US Embassy we needed to get a police report. It helps when reservation forms are completed for me with passport details.  I always bring them with me just in case.  Without them or a copy of the passport it makes it more difficult to replace. Thankfully Ms Bailey was in the office and was able to immediately text me the info.

There is nothing more intimidating than  being face to face with a police officer who answers NO to my French question if she spoke English.  So now I’m forced to reach back to high school and college days using words and sentences I haven’t had to use.  So they finally let us in after a search and we waited our turn. We got the report and then off in another Uber to the Embassy. It was in a very obscure place… like really in the cut with a different address than what we had. SMH

Thankfully these officials spoke a little English, tells us we need to have passport photos, gives us a map to continue on this goose chase walking and the sun is blazing.  In addition to that we had to be back within 45 mins because they would be closing for 2 hrs.  We made it back with photos in 10 minutes.  You can imagine the security was tight but we had no problems.  They took our devices, we went through a total of 3 locked doors and finally got inside. The rest was relatively easy. She had to pay $145 for a 1 yr temporary. I sat comfortably, closed my eyes while she waited.  In an hour it was ready, she took the oath and we were on our way.  All I could think about was my favorite seafood restaurant Chez Toinou and enjoying the giant seafood platter.  By the time we arrived Martin and the group were ready to leave for part 2 of the tour.

At the end of the day, I polled the group to see what they had learned. This port city was a gateway (trading with Greeks, Romans and Africans. People of color were not held in much oppressive slavery but prized for their skills. They learned the importance of the African influence on the city and the Continent of Europe.  The group followed the footsteps of authors Claude McKay and Alexander Dumas. They saw the building from where Dumas could see Chateau D’If when he wrote The Count of Monte Cristo.. McKay is believed to have lived in the neighborhood behind our hotel and he wrote Banjo there.  Banjo is a celebratory chronicle of the lives of ‘beach bums’ living and experiencing life in this port town including African American soldiers who fought alongside French soldiers and experienced their 1st taste of egalite amongst the French.

There was quite a lot covered; The Lady at the Crossroads who is clearly of African descent, Josephine Baker’s performances, architecture here abounds with an African influence and what was happening on Booty Lane.  Perhaps we will repeat this tour next year and you will have an opportunity to get up close and personal with this naked city.

3 thoughts on “The Naked City”